Before we broke for our two month summer break there was time for the annual summer singles tournament on a hot night in late June. The Ladies competition, due to player unavailability, will be organised at the start of the new season in September.

A straight knock-out system saw all four seeded players (based on the 2017 tournament) make it through to the semi-finals. Jonathan Treadgold did push Paul Johnson all the way, losing 21-18 and Steve Hurt took 17 points off Nick Abitabile. 2017 winner Tom Patissier met David Newman in the semi-final and won through in a hard fought contest 21-14. A re-match of the 2017 final was on the cards but Paul went one better than last season, winning 21-16 again Nick.

First-round losers played the Plate competition, which was won by Steve. David and Nick then played out an epic 3rd place match, with the latter winning in 3 games (21-15, 16-21, 21-8). The final saw Tom retain his title in an intense battle against Paul. In a tight first game, Tom edged ahead winning 21-18 and this turned out to be vital with the second game a much more comfortable 21-6.

Thanks to everyone who took part. Watch out Ladies, it is your turn in September! 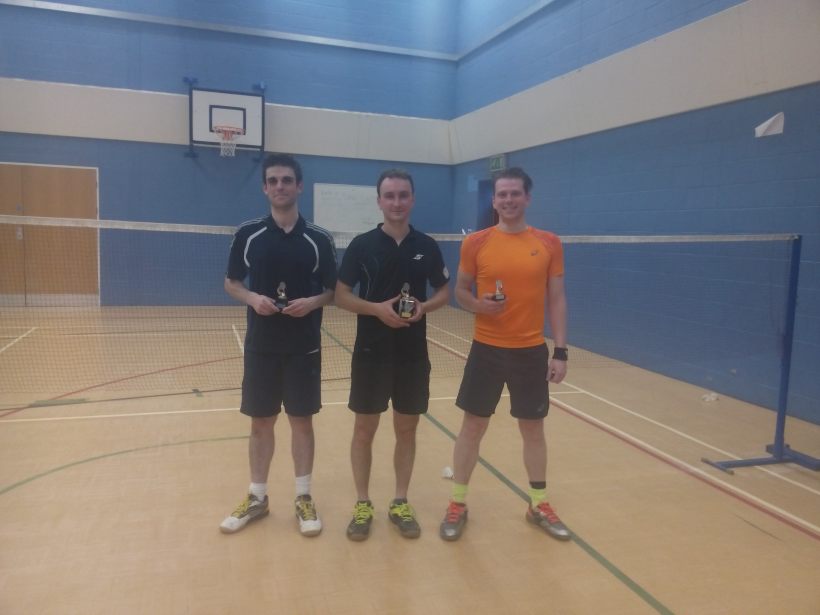